LANGLEY, B.C.- Eight years ago, Envision Financial, a division of First West Credit Union set out to fight hunger throughout the Fraser Valley, Lower Mainland and Kitimat regions. Through the formation of its signature cause, The Full Cupboard, they started to raise food, funds and awareness for local food banks. When The Full Cupboard launched in 2013, the goal was to raise $100,000 a year over the next 10 years to achieve a total of $1 million (the equivalent of 3 million meals) for local food bank partners. Today, Envision Financial is proud to announce the passing of that goal– two years earlier than expected.

“As a member-owned financial cooperative, it’s important to acknowledge the huge role our members have played in supporting local food banks and helping us achieve this milestone. By choosing us as their financial partner, they are having a direct impact in supporting food security,” says Dave Lanphear, President, Envision Financial. “Since The Full Cupboard’s inception, our organization has experienced healthy, sustainable growth which has aided our fight against hunger even further— we believe as we continue to evolve it means even greater things for our communities and local food banks.”

This initiative was originally the brainchild of First West Credit Union’s Valley First division, which created the Feed the Valley initiative to raise food, funds and awareness for food banks throughout B.C.’s Okanagan, Similkameen and Thompson regions. Recognizing they could have a greater impact together, First West launched the Full Cupboard to replicate the hugely impactful program with Envision Financial and Island Savings. 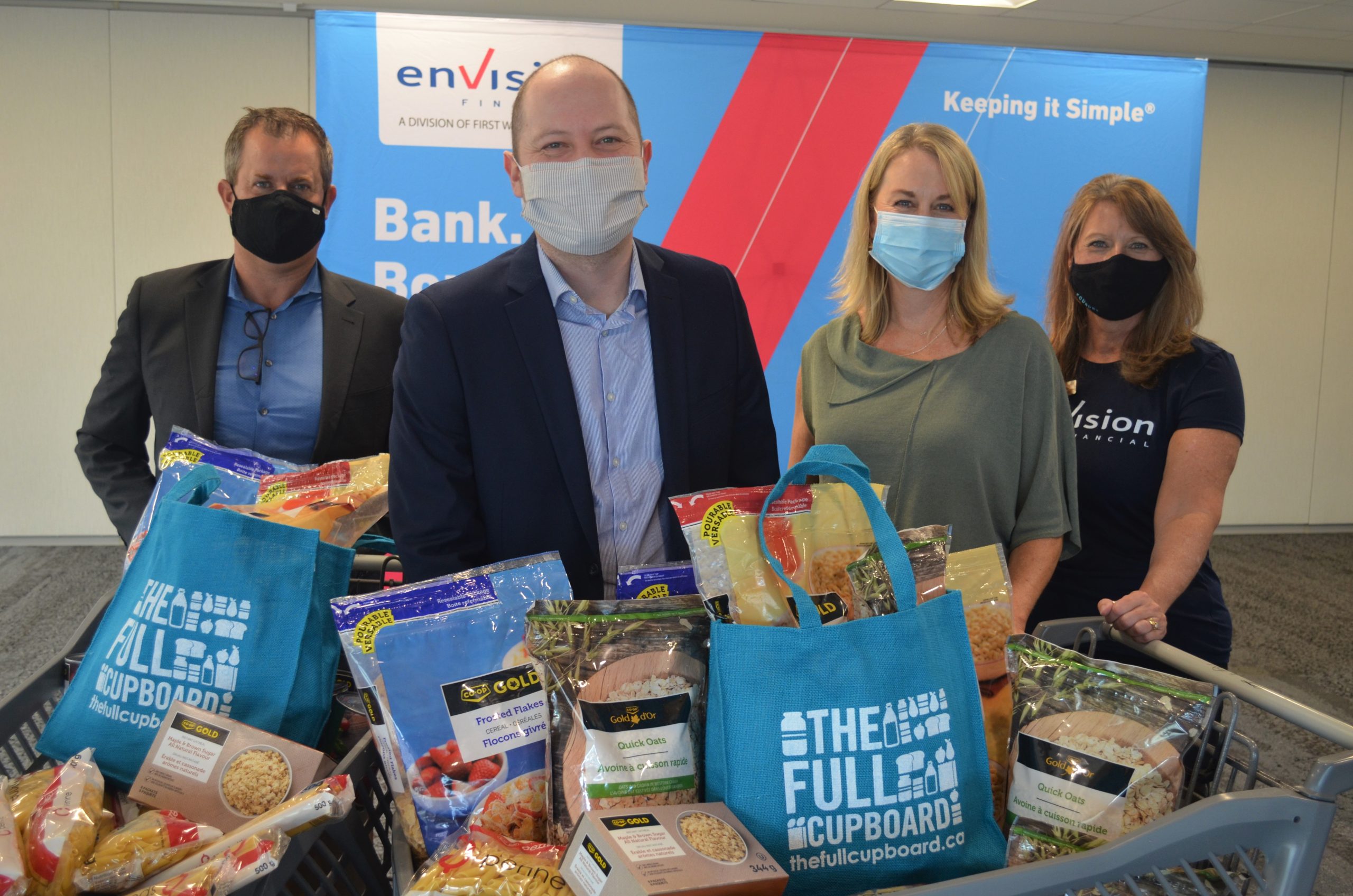 “Food Banks BC wishes to congratulate the Envision Financial team on reaching this amazing milestone,” says Dan Huang-Taylor, Executive Director of Food Banks BC.  “The impact these funds have had on helping us feed communities in BC cannot be overstated, and we are deeply grateful to Envision Financial and First West Credit Union for their commitment and allyship in the fight against hunger.”